Chicago Rock ‘n Roll Metal band Bible of the Devil have announced the completion of Feel It, their seventh full-length record and the first to be released via their own Bible of the Devil Recordings label. This long-awaited follow-up to their 2012 release, For the Love of Thugs and Fools, finds them working once again with the crafty Sanford Parker, who recorded the band at Chicago’s Electrical Audio and Jamdek studios. BOTD’s trademark guitar harmonies and vocal hooks are in full force and fans can expect another collection of classic anthems in the making.

At its core, Feel It is a testament to what it means to keep a band together. These past six years have presented many challenges to the band and this record serves as a conduit for the rock ‘n roll spirit. Expect an early 2019 release with a summer tour to follow in celebration of the band’s 20th anniversary. 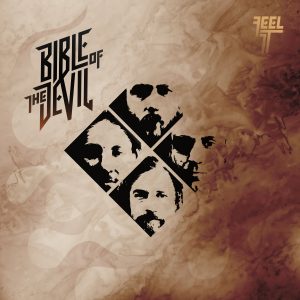